Why is the US Education System Failing? 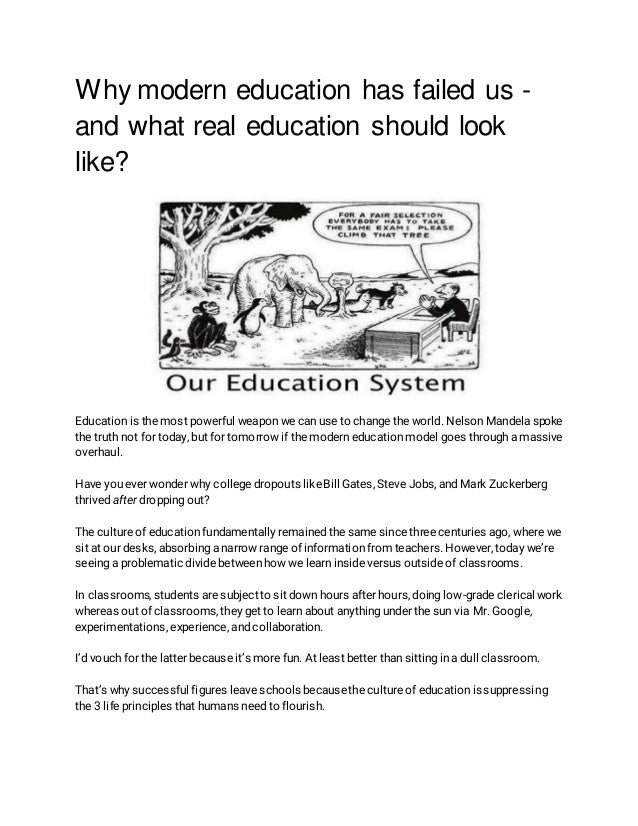 Why is the US Education System Failing?

This article discusses the reasons why the U.S. education system is failing: Low-income students consistently perform worse than affluent students. There is a lack of funding for education, and Standardized tests dominate the teaching landscape. Another issue is a lack of social-emotional learning for teachers. But despite all these problems, the U.S. education system isn’t failing – it’s just not adapting to the current world situation.

This disparity between low-income and affluent students is often exacerbated by the lack of time and money to devote to schoolwork. For example, students who have a job are likely to prioritize paying for basic needs over studying. Even if they have enough time for school, they are still likely to miss class because they must work to earn a living.

While wealthier students consistently outperform lower-income peers, this difference is larger than many studies indicate. Regardless of the source of the disparity, there are some obvious reasons for the discrepancy. The fact is that lower-income children are less likely to receive an excellent education. Their parents’ financial situation affects which schools their children attend. Often, less affluent children are forced to attend the schools in their neighborhood. As a result, they cannot attain the quality of education that their affluent peers receive.

Funding is a problem

The disparity between wealth and poverty in communities across the U.S. is made worse by inequitable funding of public schools. Property taxes in affluent communities differ greatly from those in low-income communities. Schools in wealthy areas tend to receive more funding than those in lower-income communities, which results in a stark divide in educational opportunities. Funding levels are also distorted by the size of school districts: white districts tend to be smaller and receive nearly 23 percent more funding than black and minority schools. Furthermore, district lines tend to cluster around small islands of well-funded schools.

As a result, the U.S. education system is largely local and state-run. Public schools receive funding from state and local taxes. Inequitable funding is one of the primary reasons for racial and ethnic disparities in academic achievement. Inequitable spending is also a major source of inequality in school funding, with wealthy neighborhoods receiving more funding than poorer neighborhoods.

While the plethora of standardized tests may be a welcome change, the criticisms they generate have a darker side. Students often feel unfairly tested by having to answer questions based on knowledge that is outside of their normal range. In addition to promoting cheating and wasting instructional time, standardized tests also have the unfortunate effect of dominating the teaching scene in US schools. As a result, states implementing the Common Core standards should encourage better testing practices and align their programs to the standards.

Critics of standardized testing have also argued that the proliferation of standardized tests has contributed to the decline of the US educational system. However, the numbers prove that these tests are not improving student learning. In 2000, the United States was ranked 18th in math, and in 2015 it was 40th. In reading and science, US students ranked 14th and 25th, respectively. Critics of the US education system point to a number of causes, including a rising poverty level, teacher quality, and tenure policies.

Teachers are not trained in social-emotional learning

One of the biggest problems with SEL training is that teachers are not given the necessary support to implement the practices. Lack of time to implement new strategies is another hurdle. Students may be too distracted by other responsibilities, and parents may not support their child’s socialization skills. In addition, teachers who do receive SEL training often report that the content is not relevant to their daily routines. The training often does not address the needs of children, so teachers are left to struggle on their own to apply it.